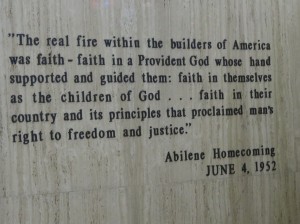 Political ads are out in full force. If we want to learn something unseemly about a candidate, we can simply turn on our TV.  I am living in a battleground state.  Outside money is pouring in. A truth meter on every ad would help.    I yearn for the election to be over.   Meanwhile, airways are humming with innuendo.

Will that person running in the Third District be a pawn of Nancy Pelosi? Or the one in the Sixth District vote 100% with Donald Trump? Which party is really out to protect the pre-existing condition clause in the Affordable Care Act? And which one is out to destroy it? Did our congressman running for Governor suddenly stop working across the aisle since he decided to run for that office? Which candidates are ready to rip off Medicare? And who is out there with big oil, when Minnesota farmers are putting up windmills and making ethanol? Can a person be against a tax cut and still be for the people in their district? Or is opposition to a tax cut a fatal flaw? Which incumbent is destroying the environment and which one cares enough to save it? How can anyone be against “building the wall?”  Is there a place for sanctuary cities?     And who do we need to fear more – Nancy Pelosi or Donald Trump? I didn’t know that Nancy was running in Minnesota, but suddenly her face is appearing everywhere.

I hate this part of politics . . . Looking for dirt on others and making it up when it can’t be found. This year, the usual distortions of reality are turning into fear-based advertising. I see this from the Republican side in a slug of new ads this week. Likewise, I’ve been  disappointed in Hillary Clinton’s “You cannot be civil with Republicans.” And Eric Holder’s “When they go low, we kick them.” Neither represents a Christian World View any more than the “Lock her up” chants at Trump rallies.

I need a time out. I want people who treat each other decently in public office. I want the Citizens United ruling overturned and names of people who pay for all the ads that disgust me revealed.   I want debates that are mandatory and candidates required to answer the actual question asked. I want those debates broadcast live and transcripts available. I might actually find out something good about each one. It might sway my intended vote.

I hope you vote this year if you are eligible.   I hope you recognize the power of a vote and the nonsense spewed that your single vote doesn’t matter.   I hope you’re able to dig through the noise of the campaigns and get to the truth of a candidates position.   I hope your vote aligns with the words and the life of Jesus –  whose concern for the poor was primary and taught us that what we do for the least of our brothers and sister, is as if we are doing it for him.   I hope your vote is one that will promote justice.

In the meantime, while the ads spew, the “mute” button on my remote is a gift, and Netflix is a safe haven.

By elfidd / The Rooster in Sharing on October 17, 2018.
← A trip to Connecticut National Pastoral Care Week →