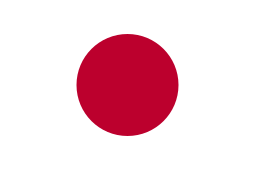 George Kroloff, an old friend from the other side of the bay, sent me a story surrounding a Mug of his.

George is a great one to follow on both Facebook and Twitter. His photo captions are great and the tags that go along with them are special. In most instances I can figure out where he’s coming from. George has a neat background, has been in the company of some interesting people. George has his own blog at     http://georgekroloff.blogspot.com/

The man’s work  in the Blogesphere is worth taking a gander at. You can check out George’s career on Linked in

From the desk of George Kroloff

Since 1980, I have been working, off and on, behind the scenes with the organizers of the final presidential debates. Each debate had its own uncovered stories that, probably, will show up in one historical account or another. Here are a few that are not likely to make the chroniclers’ cut.

Background: For a while the debates were a function of an amazingly self centered, League of Women Voters, which was among my most difficult clients. From 1988, the client was a new entity, the extraordinary Commission on Presidential Debates (CPD), an unacknowledged national treasure.

All of the debates, including the VP debates, were hosted by universities once the CPD took over.

In September of 2008, after the R and D conventions had coughed up their candidates, the first of the “final four” debates was held at the University of Mississippi in Oxford. It was McCain vs Obama. By that time I had morphed from a paid consultant to a volunteer. A small price to pay for being part of history.

As in all debate venues, there were numerous give-aways for the news media, the staff, donors, et al.

Youngest daughter Amy also had become a volunteer, and we were happy to accept some of the swag, which included a a variety of coffee and beer mugs. Not a lot to treasure, but the memories of a couple surprises definitely are worth keeping.

For instance, there was much drama about whether Sen. McCain would actually appear to debate Sen. Obama. It was the biggest national story of the day.

The CPD was proceeding as if he would appear, but hadn’t a clue about his intensions. In the afternoon word came that he was showing up. If I recall correctly, a volunteer EMT unit was called with police to a small private airport near Oxford. One of the unit’s members saw McCain step out of a newly landed plane. He called his wife, like a good husband should. She called someone who was associated with the debate preparations, and all went on as schedule. To this day, I don’t know why the Secret Service didn’t officially tell the Commission he was arriving, but around his touch-down I do remember a spurt of security activity.

Meanwhile, U Miss had raised a ton of money surrounding the debate, including the funds for filling in a drainage ditch which would eventually be the site of some new construction for the school. I think it was to be a sports facility and parking lot. The ditch was filled before the hoopla began.

On top of newly laid sod they pitched a huge tent, with several massive air conditioners and even more-massive electric generators. The tent accommodated about a thousand news media, and, as I recall, there was a large area for food. Budweiser supplied the buffet and beer, as well as its own set of collectible special debate mugs.

The tent size was unusual, but not that different from other venues that didn’t have a big enough hall or gym handy to accommodate the food and media frenzies.

Nearby, Ole Miss had set up several port-a-potties in what looked like upscale cargo containers or semi-trailers. The insides, featured several small toilet suites with fancy marble sinks, gold faucets, with perfume and plushness all around.

Of course, the beautiful latrine setting was as stinky and squalid as the lone toilet at a major construction site by the evening of the debate.

Separately, Amy, who had traveled to over 60 countries, and I learned that, (1) deep fried dill pickles are delicious and (2) soon-to-be picked cotton really needs to go through Eli Whitney’s cotton gin to remove sticky seeds from the puffs-on-the-plants.

The university mug, however, is less of a keepsake and more of a cup with a wide top and narrow bottom that spills as easily as a politician spewing something hot about his/her opponent.

Thanks for contributing old friend.