After yesterday’s testimony in front of Senators, the media and the American people, it is evident that former FBI Director James Comey knows what the word ‘Document” means. And yes, he was quite appropriate to have memos. 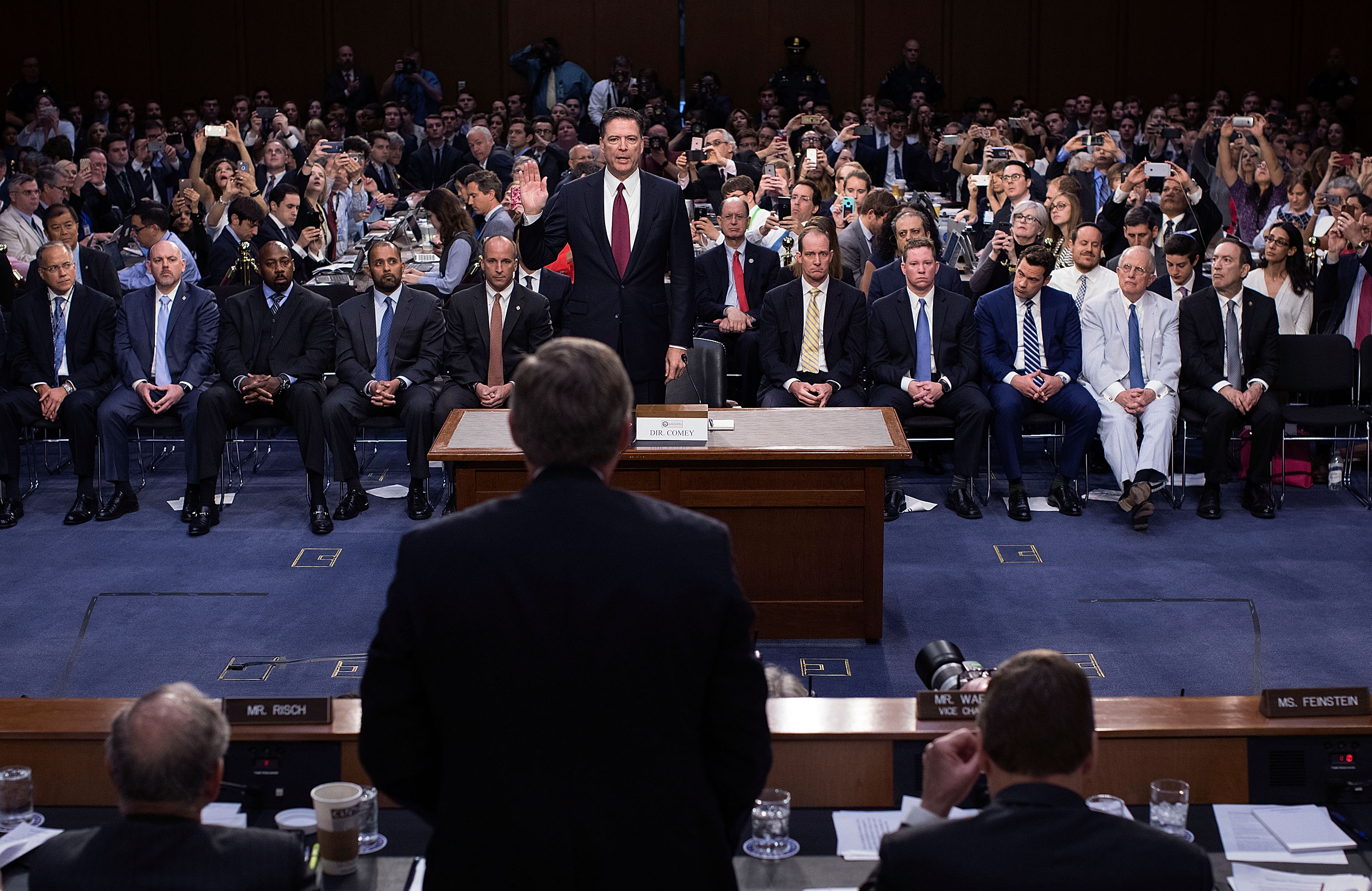 Many years ago as a young Trooper I was fortunate to attend a class taught by then State’s Attorney, Arnold Markle. That class was (The Law of Arrest and Search and Seizure; A State’s Attorney’s Guide for the Prosecution for the Law Enforcement Officer.)
To this day the one takeaway from that class repeated constantly by Mr. Markle was “Document, Document, Document, if it’s not written down, it never happened.”

Now here I was a young Trooper, still wet behind the ears and learning some basic investigative tools. That one tool stuck with me for over forty years and has never been forgotten. With all the news of late covering the firing of FBI director James Comey by the United States President, Donald J Trump, do you not think Mr. Comey had factual notes covering his private meetings with the president ( Donald Trump?) I do and were it on the books in Las Vegas, I’d bet the house.

Comey’s law background is extensive, even prior to graduation from the University of Chicago Law School in 1985. His grandfather William J Comey was a police officer and later the chief of the Yonkers, NY Police Department. I am sure that relationship laid some important groundwork for Mr. Comey’s career. The man (Comey), has been an Assistant U.S. Attorney, a U.S. Attorney, a Deputy Attorney General, and lastly the Director of the FBI. This man has been doing document, document, document for thirty-two plus years. Do you really think you would believe a Real Estate Developer with a B.S. in Economics from the Wharton School @ the U. of Pennsylvania over Mr. Comey? And, as a side note, someone once said Real Estate salesman are just one pay grade higher than a car salesman? Please be aware, I sold cars at one time and hated the game intensely. I also have some wonderful friends in the Real Estate business. If I offended you, I apologize.

Arnold Markle, Esq. Arnold Markle was the State’s Attorney for the Judicial District of New Haven from 1968 until his untimely death in 1987. Mr. Markle, a native of New Haven, graduated from the University of Pennsylvania and the Boston University Law School after service in the United States Navy. He served as an assistant United States Attorney in New Haven before being named the first statewide chief prosecutor for Connecticut’s Circuit Court. Known for his feisty nature and his skill as a prosecutor, Attorney Markle instilled both loyalty and admiration in all with whom he worked.
Arnold Markle strongly believed that training and continuing education were important for police officers and all members of the criminal justice system. He started the arson task force for New Haven and established training programs for arson investigators. He believed in the teamwork of prosecutor and law enforcement, as reflected in his well-received handbook The Law of Arrest and Search and Seizure: “A State’s Attorney’s Guide for the Prosecution or the Law Enforcement Officer.” 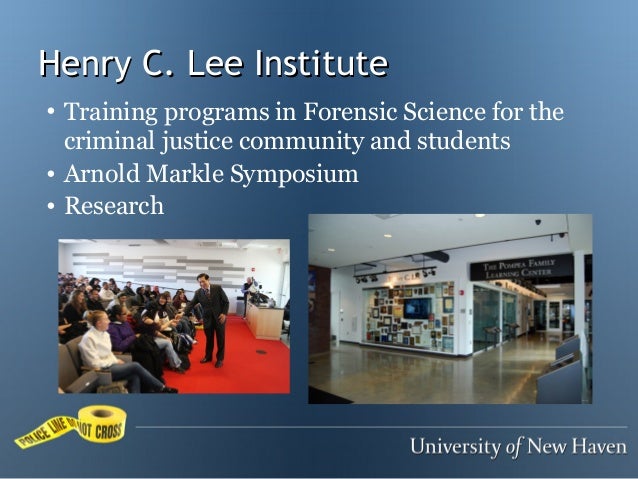 Mr. Markle had a long association with Dr. Henry Lee and UNH, teaching various courses including arson investigation, homicide investigation, law and evidence. He was one of the first prosecutors to understand the importance of thorough crime scene documentation, standard procedures for crime scene investigation, and the value of forensic evidence to provide investigative leads and in criminal trials.
http://www.henryleeinstitute.com/?page_id=613 Dr. Lee is a former CT State Police Commissioner and established The Henry C. Lee Institute of Forensic Science @ the University of New Haven in Connecticut.
I can remember many times when I was on the Witness Stand testifying in cases ranging from a speeding conviction to a murder investigation and trial. We, troopers, detectives and the like all carried field notebooks. Into these notebooks went the 5-W’s. They were the who, what, where, why’s and when’s of what ever case you were working on at the time.

I would research these notes prior to my testimony in court. I would often be asked after answering a specific question, “How do you know that to be true?” I would explain the field notebook. Many times I would be asked if I had the notebook on me. I would present the notebook, read my documentation from it and it and it would become part of that case’s record. I can honestly say by Document, Document, Document, I was always able to, excuse the word, cover my ass.

When the time came to cover his ass, former FBI Director James Comey did so in front of us all and he did it with class. He also “DOUMENTED” his meeting with a sitting president. Good for you Director Comey.
A Washington Post/ABC News poll in late April found that 81 percent of Republicans think President Trump is honest and trustworthy – compared to 38 percent of Americans overall and 34 percent of independents. I wonder what those numbers would be today?
I have kept a log of events in a calander form since my retirement twenty-nine years ago and for the past three years I have written a daily journal. Document, Document, Document is the breath of good air from those of us in Law Enforcement. I continue to adhere to those principles today. 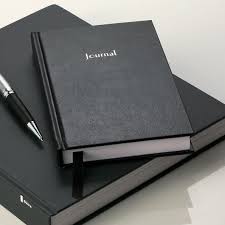 Remember, if it happened, write it down. If it’s not written down, it never happened.

This writer is a registered independent voter, a United States Marine, husband, father, grandfather, great-grandfather, a resident of the Old Line State, and proud to be an America.

A wedding event on the Eastern Shore of Maryland uniting a Vilkas and O’Leary would land five Irish born O’ Leary’s in the USA together for the first time with their Mudder. A total of twenty two children and adults in all would make the trip from Ireland and England.

Eighteen months ago we were welcomed into the O’Leary homestead in Kilkenny for a far too short visit. We were treated as family and have since considered ourselves part of the clan. Through the damp chill of the December air, we felt nothing but warmth from this extended family.

A special “Thank You” to Rita and Bella for being our first guests in the almost completed guest cottage, formally the Annex. Come back any time.

On the invasion for the Maddie O’Leary and John Vilkas’ wedding we got to once again feel the kinship of our Irish brothers and sisters. We were hosts for a feast of crabs, chicken, burgers and dogs with all the proper trimmings during their stay. Much thanks goes out for all the help from, Jeff, Kathryn, Greg, Sarah, Rachael, Abby and Tommy to help pull off this event.  We could not have done it alone. Evo’s keg of Lot #3 was the gift that kept on giving. Thank you for nine hours of entertainment, the party was supposed to be from 3:00 – 5:00.

A side trip to Docktails at the Wicomico Yacht Club would serve as another highlite to the invaders. Jeffrey, you’re a great host.

The two Matriarchs observe the goings on from the safety of the USS Government Funded.

To he who sings like the Energizer Bunny, (The Famous Seamus,) the neighbors are forever grateful for your departure.

They would invade once again after a short text from the water’s of the Wicomico during a boat ride with Captain Jeff later in the week. The text would read “Tea and Scones for 14 in 30 minutes.” Arrive they did, scones and cookies – gone, week’s worth of ham, cheese and bread – gone. Any left over beverages from the crab fest – gone. And it was said once that Ireland suffered from a famine. The O’Leary clan is making up for the past, they returned to the other side of the pond like fated calves. Should you ever visit Kilkenny, you will return to this side of the pond in the same way.

Sealed with a Kiss. Maddie and John Vilkas.

Irish all. At the reception, Green Hill Yacht and Country Club.

The crab is supposed to come out of the pot red, not he who dines.

One last meal for the dearly departing.