2017 is quickly coming to a close as is “The Broker” by John Grisham. I read a lot, novels, history, info journals, geography magazines and newspapers, just to name a few. Since I use my blog, been doing this since 2008 and my journaling, been doing that daily since September of 2014, I’m doing the book review for those I leave behind to have some kind of an idea of my reading likes. I should probably include the TV as we now get Amazon and Netflix streaming thanks to Bloosurf. Yesterday we binged on “The Crown.” Visual History Reading I like to call it.

If you are a follower and happened to view https://elfidd.com/2017/08/08/must-be-the-russians/ a while back, August 8, 2017 to be exact, I was damning Bloosurf. http://www.bloosurf.com/Residential-Services Something wonderful happened several weeks ago when I could not get on WordPress. I left a message and a real live person by the name of Charity called me back. Shortly there after the problem was solved. I am now an extraordinary advocate for Bloosurf. If you have line of sight to one of their towers, check them out. A technician will come out and see if your location is suitable for the service. Should something go wrong, just give Charity a call, the issue will be resolved.

So back to the reading list. I pulled out a copy of Chesapeake by James A. Michener in the beginning of the year. I wanted to reference some history material. I’m sure I’ve read the entire book at least five times. It’s really lots of short stories, if you’ve never read it, live on or near the bay, it’s a must read. That book alone had a lot to do with herself and the Rooster relocating to the Eastern Shore of Maryland when we left Connecticut. My goodness, that will be thirty years ago come June. Prior to the move to Connecticut we lived on the northern bank of the bay in Cecil County Maryland so we were already acquainted with the Callinectes Sapindus “Travels with Charlie” a John Steinbeck book was consumed last winter by the fireplace. Our well over 100-year-old home is much cozier when reading if your close to  the fireplace, especially when the temperature drops below 20 f. Charlie was a Poodle who had a great personality. My companion is a black Standard Poodle named Ben who doesn’t shed. Don’t want fur around, get a Poodle.

“The Death of Santini, The Prince of Tides” and a scan through of  “The Lords of Discipline” by Pat Conroy were consumed. Conroy passed away in March of 2016, I consider his passing a great loss. The fact that Herself and the Rooster lived once in Beaufort, SC as did Conroy and his wife Cassandra King, a novelist in her own right, especially endeared me to Conroy. I’ve often thought we should have gone three states further south when I retired. I just love the Low Country and its Spartina Marsh Grasses.

“The Boys in the Boat” by Daniel James Brown was passed on to me by daughter Kathryn. It’s about nine Americans from the University of Washington and their quest for gold in the 1936 Olympics. Thank you Kathryn

U. of Washington Athletics

Herself gave me “Wild” by Cheryl Strayed. it is Cheryl’s venture along the Pacific Coast Trail from Southern California to Oregon. Herself has always wanted to hike all or part of the Appalachian Trail. She does have a crazy Irish friend who just might escort her on some local parts of the trail. The Rooster will provide ground support on that venture should it happen.

“The Art of Manliness”  written by friends of my son, Art and Kate McKay.
This book contains a wealth of information that ranges from survival skills to social skills to advice on how to improve your character. Whether you are braving the wilds with your friends, courting your girlfriend or raising a family, inside you’ll find practical information and inspiration for every area of life. (Amazon)

“Boone” a biography by Robert Morgan – This rich, authoritative biography offers a wholly new perspective on a man who has been an American icon for more than two hundred years—a hero as important to American history as his more political contemporaries George Washington and Benjamin Franklin. Extensive end notes, cultural and historical background material, and maps and illustrations underscore the scope of this distinguished and immensely entertaining work.
(Amazon)

Mel (aka: Tiny) back in our high school days was a guard on the same football team I played on, the Levittown HS Gryphons. We both had careers in law enforcement, he on the federal level, me with the state. Everybody has a story. This is Mel’s story–a true story.

Amazons lead into Mel’s story reads as follows: From 1978 to 1998, the United States Justice Department took on the mafia and corrupt unions using all available tools and even enhanced some old laws–a new agency and new laws. It was open season on organized crime and labor racketeers.

A letter to the president of the United States effectively launched the Office of Labor Racketeering and Organized Crime with a bag of tools, which included the RICO statute, the Inspector General Act, organized crime bill, Presidential Commission on Organized Crime . . . and a hundred agents.
After James Rydal Hoffa, president of Teamsters International, disappeared in 1975, there were no definitive answers as to what happened for years.
Still today, there are unanswered questions to the mystery, like, where is the body? I was put into an unrelenting position to find out.  Thanks for sharing old friend.

Newspapers I read are “The Washington Post,” The Baltimore Sun,” “The Hartford Courant,” “The Wall Street Journal” and “The Salisbury Independent.” I’ll even look at ‘Drudge” from time to time. Years ago I worked with Matt Drudge’s father in Social Services. His father created http://www.refdesk.com/ I have ‘Google News” set up to multiple categories, much of it Population Health based, I do a lot of research for my daughter who works in the field. If you’ve followed my Blogs for any length of time you know my son in-law is a world traveler with the Department of State. (Where in the World is Jeff Berthiaume?) Jeff almost always brings English Language newspapers back from the various cities and countries he’s in. You learn a lot by reading how others think of us. And all those newspapers piling up, I grill with charcoal, how do you light your fires?

I’ve traveled via Canada to England and also visited Oklahoma, Alabama and Mississippi this year by Air Canada and American Airlines and have consumed their literature and propaganda as well. I try not to bring them home however, herself gets a bit upset and I get that look! 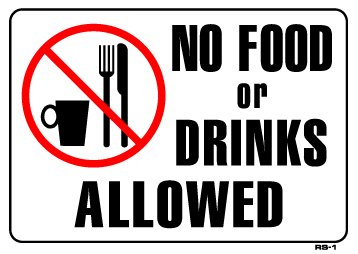 Multiple doctor and dentist visits give us great reading also. It seems there is always a “National Geographic” story I never get to finish. I’d most likely grab a cup of coffee and return to finish a story if they didn’t have those “No Food or Drinks in the Waiting Room” signs.
No reading list would be complete if I failed to mention “Elements of Style,” (Fourth Edition) . Strunk and White’s definitive text and classic manual on the principles of English language read by millions of readers. The 18 main topics are organized under the headings, “Elementary Rules of Usage,” “Elementary Principles of Composition,” “A Few Matters of Form,” “Words and Expressions Commonly Misused,” and “Words Often Misspelled.” (Amazon) I’m forever pulling this little gem out as it’s always close by. I wish I had paid more attention to Ms Bass back in HS English class.

Another reference book I must mention is “American Whiskey , Bourbon & Rye,”  A Guide to The Nations favorite Spirit. This was a gift from my eldest daughter who I’ve been know to make a Manhattan for from time to time. William Faulkner once said, “My own experience has been that the tools I need for my trade are paper, tobacco, food, and a little whisky.” To view some other quotes on whiskey check out https://firstwefeast.com/drink/25-whiskey-quotes-from-famous-drinkers/
I’m getting ready to start “Stephen King / On Writing,” A Memoir of the Craft. I must thank herself for putting this one in my stocking hung by the fireplace with care. I’ve rearranged my office and I’m ready for 2018. I only need a rug for the floor to bring additional warmth to the room.

Where it all comes together.

Happy New Year everyone, after the night’s festivities curl up with a book. I guess I found the time to read in 2017. 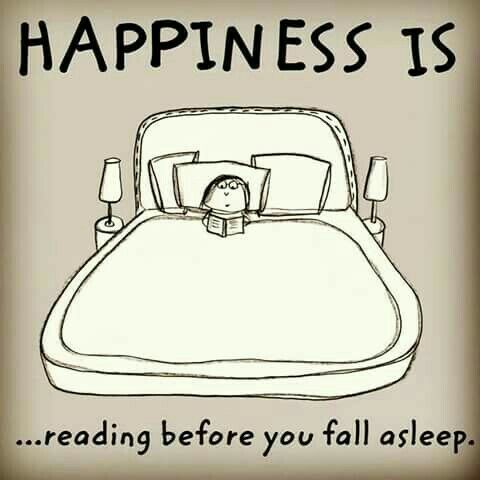 Editors Note: prior to switching to WordPress a few years ago my Blog was written on thefidd.blogspot.com – Past Blogs can still be found there and from time to time I make a post or two on that site.  Thanks for visiting “As the Rooster Crows”