My old friend at Poor Georgie’s Almanac stimulated a memory to something in the rear of my aging brain. It was something that happened back in the early 50’s. Georgie’s post first though:

NEWS self-defines itself. It is about what is new.

OLDS is a former car brand. It died because it was boring.

I remember back to the early 50’s growing up in suburban Philadelphia, on the Jersey side of the Ben Franklin bridge.

I was about seven or eight at the time. The news all around town was that a new car was being introduced, the Hudson Hornet.

The local car dealer even had brown paper on the showroom windows increasing the suspense of the forthcoming unveiling.

I would be invited to go on a recon mission with my father and his cousin Bill.  We would go to the local dealer after closing, and in the dark of night we would try to get a sneak preview. After parking in a closed Texaco gas station 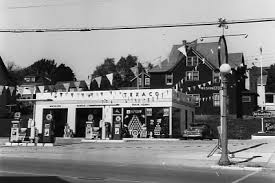 and with flashlight in hand we walked the half block to the dealership.  I was bubbling with excitement, I was going to be one of the first to see something new.

There was a single bar gate at the entry to the back lot,

we ducked under it and walked behind the showroom and shop building. As the excitement built in my youthful mind my father turned on the light. There it was, sitting in the lot, it was a green, four door, brand spanking new, Hudson Hornet.

We peered inside, I saw what I believed was a wooden dashboard and plush seat covers with plastic covering them. Quickly the light was turned off when someone shouted out, “Hey, what are you doing there.” It turned out it was a mechanic leaving late who Bill just happened know. I about did you know what in my pants. 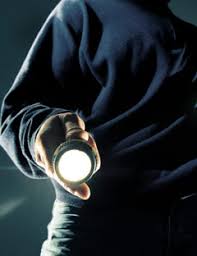 After exchanging some pleasantries and an explanation as to why we were there, we departed. A young boys night of clandestine excitement had come full circle by being included as part of an, in the dark mission. I’m sure once I was in bed my mind raced with dreams of that night. It wasn’t an Olds, a DeSoto or Crosley,  it was a night of a special adventure.

“All I really want is a P/U Truck”

By elfidd / The Rooster in Remembering on May 22, 2017.
← Pride in Philly British and Irish forces in historic joint mission to United States. →