The first Valentine’s Day I can remember takes me back to third grade at #2 school on Wyoming Avenue in Audubon, NJ. Audubon was a Jersey suburb of Philadelphia, just four miles away from the Walt Whitman Bridge. Using my fingers to count on, I’m guessing I was eight years old at the time.

Mrs. Lippincott was my teacher. I googled her and learned she died in the year 2000 at age 98, she taught for 39 years. When not in school I always called her Aunt Grace. There were a lot of male and female family acquaintances back then that I called Aunt and Uncle this, and Aunt and Uncle that. They weren’t relatives mind you, but that was what I was expected to call them. Even my mother called Aunt Grace, Aunt Grace, she taught my mother also.

In early February while in third grade there was a note sent home saying something like this; “All children are encouraged to bring in Valentines to share for Valentine’s Day. There should be 24 Valentines brought in to pass out. Please send in the Valentines in a bag and I will store them until it is time to hand them out. Here are the names of our students if your child would like to personalize the cards.”

My mother bought me several sheets of punch out Valentine cards. I’m guessing 12 cards to each sheet, I don’t remember there being envelopes. On the back of what ever picture or saying was on the front were dotted lines labeled To:, From: and Message. I can remember there were one or two girls in the class that I was sweet on, but if I wrote a message, that I can’t remember. I do remember addressing the cards though.

Through the years, almost 75 of them, I’ve sent cards on Valentine’s day, given jewelry to my little lady, sent flowers and taken herself out to dinner at a fine restaurant.

I remember twelve years ago, I was in Florida for a Hurricane Conference. I was working for a County Emergency Management Office at the time. My oldest daughter happened to work for the Health Department in the same county, she was  a nurse and that departments Emergency Management Coordinator. We both were required to attend the same conference, so we traveled down and back together.

On the last day of the conference we got together for breakfast and agreed we’d make every effort to make Savannah, Georgia on the way back north to Maryland. We would break early from the conference, around 2:00 I believe and head north. Our bags were stowed in the car and we were checked out of the hotel right after breakfast, we were not going to hesitate.

The conference ended around 2:00 PM and we were headed north on a five-hour or so journey. Savannah, here we come, tomorrow night we shall sleep in our own bed. We chatted about our individual training and informational sessions which were both quite different. My daughter being a nurse was learning a lot of medical and triage stuff. I learned about mitigation and disaster recovery. We even got to see Jim Cantore reporting from pool side while we were there. Jim happens to have a Twitter account if your interested. A little bit of a coincidence is that Mike Seidel from the weather Channel graduated from the same university as my daughter, Salisbury, University. Eleven (11) national championships in Men’s Lacrosse by the way.

We arrived in Savannah without a hitch around 7:30 or so, checked into our hotel and immediately went on the hunt for some food. Our first stop I remember being an Olive Garden. After parking in the back forty we found a line snaking out the door into the lot. The ladies, mostly young, dressed to the nines, with many wearing flowers, all seemed to have love in their eyes. It was February 14, we had had no clue.

We left the Olive Garden and tried numerous other restaurants, all were booked solid.  Finally we settled on a Mom and Pop southern comfort food diner. There were no young’ns at this eatery, no love in any ladies eyes and only starvation in our eyes. 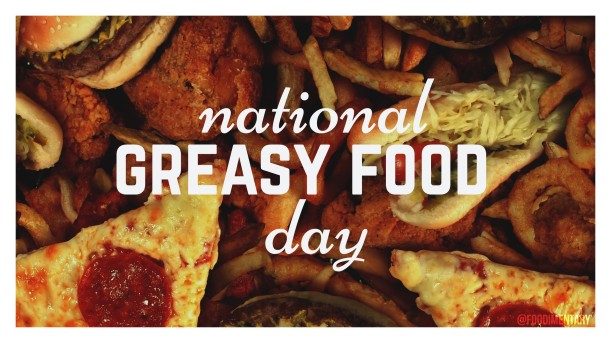 I swear, once we perused over the menu there was nothing on it that wouldn’t slip right down to your belly with lard or some other type of greasy digestive lubrication, or it was fried. The daughter got a salad, I had Salisbury Steak, real home food for me since that’s where I’m from, Salisbury. We toasted with water, “Happy Valentines Day my daughter.” No liquor on this menu, Bible Belt country was in vogue here.  We both had been looking forward to a Manhattan to close out our adventure.

So, that was one Valentine’s Day that will always be remembered. There are many songs out there that depict love that could be appropriate for this day. I’ve picked one that I consider extra appropriate and suitable for the occasion, “The Sea of Love.”

There are many “one-hit wonders” who spend the remainder of their lives in frustrated efforts to record another hit but who are never able to recapture the magic.  To some, the disappointment of failure is overwhelming.  Phil Phillips is not one of those.  Born John Phillip Baptiste on March 14, 1926, in Lake Charles, Louisiana, he had only one hit.  “Sea of Love” it crested at number one on the R&B charts and number two on the Billboard Hot 100, remaining on the charts for eighteen weeks in 1959.  I was a sophomore in high school that year and I remember cuddling up to my girl at the time on the dance floor to that great song. Every Friday night just about every teenager in Levitttown, HS could be found at Christ the King, Episcopal Church on Charleston road for their weekly sponsored dance. Levittown is now Willingboro, just a short drive from Exit 5 of the New Jersey Turnpike.

In 2007 Phil Phillips was inducted into the Louisiana Music Hall of Fame. Although he needed a hand of support in the beginning, once he got back into the rhythm of the song, he was in 1959 all over again at that induction. Phil Phillips is still alive today, age 91. Take a moment or two and go swimming in a “Sea of Love.”

After you listen to Phil, click on  Emily West’s rendition, she does the song proud in her version of this classic that I remember so well.

Credits: Google images, NBC, Louisiana Music Hall of Fame, Weather Channel, Twitter & Wiki
I wish for each of you to fall into a  “Sea of LOVE” on this Valentines day.  Thanks for stopping by, and don’t forget to check on the elderly.

By elfidd / The Rooster in Uncategorized on February 14, 2018.
← Then and Now Native Americans Left A Code Of 20 Rules For Mankind To Live By. →