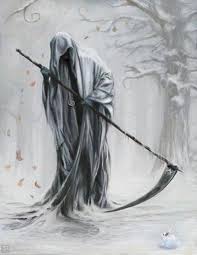 A Visit to Maryland from North Carolina

The author of https://amehrling.com/ center, Anne Mehrling with husband John on the right and the Rooster’s wife Mary Agnes and, our trusty K-9, Benjamin Franklin after the Mehrling’s  stopped by on a trip from North Carolina to Long Island, NY.

The Rooster and his wife were so appreciative to have the Mehrling’s stop by on their trip north today. We have followed Anne’s blog for a number of years, and she has followed mine. We have been known to frequently respond with comments towards each other’s writings. Although time committments didn’t allow the visit to be lenghthy, it was wonderful none the less, in meeting the person holding the pen. Well, the hand punching the keys at any rate.

I’ve grown to know the family through Ann’s Blog, as well as the growth of eight year old neighbor Logan and others who live close by. It’s simply amazing how the blogging world brings people together. This one short visit and life’s event sharing, paints the picture further and fills the gaps not said in a Blog.

Several days earlier I had mentioned to our eldest daughter of the pending visit. My daughter inquired, what we would do if they turned out to be Cereal Killers? No worry’s here I assured her. The only thing that turned out to be dead was their car. Seems the van they rode in was a rental with NY plates. Anne has written several times lately about their own van. It died on them once at a Funeral Home, (how appropriate)  and, most recently needed a jump to get started. Turns out this was something I cautioned her about recently. Just yesterday she wrote in an email about their coming trip the following,  “To set your mind at rest — we got a new battery for the car this morning.  Yes, it helps my mind, too”. The cereal killer got the van my daughter.

So I’ll end this Blog with a most appreciative, thank you Anne and John for taking the time out of your busy schedule to vist with us. You are more than the fingers walking across the keys. We call you our friends and look forward to returning the visit, The Rooster and wife.

From our house to yours, we wish you all a very Merry Christmas.